Apple Watch Ultra: everything you need to know about the ultimate adventure watch

Swatch has teamed up with Earth’s mightiest heroes (and deadliest villains) from Dragon Ball Z to release seven unique timepieces inspired by the iconic beat-em-up animated series. We went hands on to check them out.

What is the Swatch x Dragon Ball Z Collection?

The collection features seven watches, each inspired by the unique heroes and villains of the Dragon Ball Z franchise.

Each watch is inspired by an individual character, with inspired imagery on the front, back and on the band.

The watches themselves are variations on existing Swatch models, including the BIG BOLD; GENT, and NEW GENT.

The first seven models are unnumbered pieces. One watch stands apart as a limited edition, however. It’s the Shenron x Swatch, based on the BIG BOLD. We get into it more below.

Check out the detailed looks at each model below. 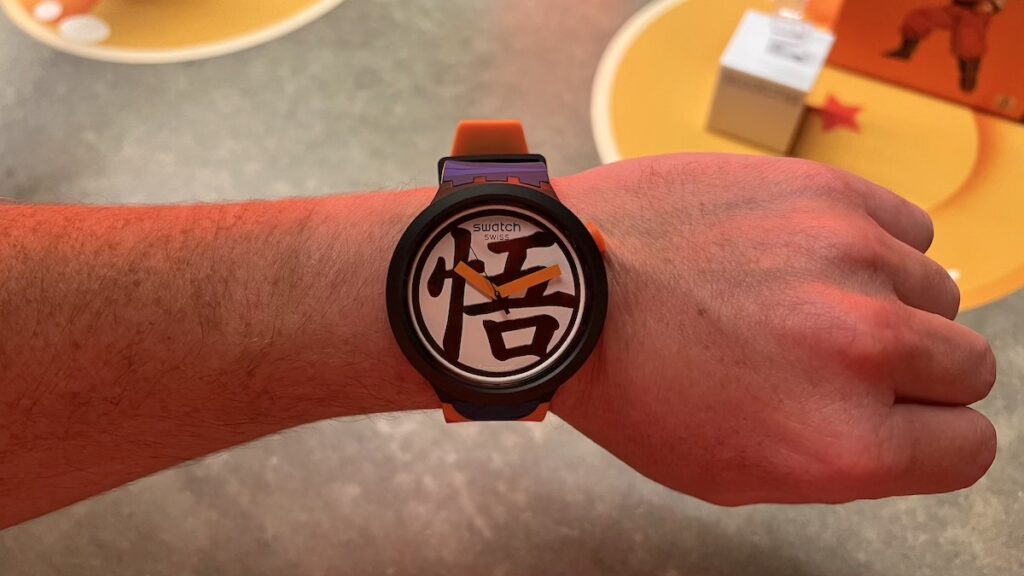 Here he is, folks. Your hero!

Goku is the heart and soul of Dragon Ball Z as he fights alongside his friends and family to defend the Earth.

Much like Goku, his Swatch BIG BOLD timepiece is  resplendent in orange and black.

The dial carries the Japanese symbol for Goku’s name that is found on his dogi. Turn your wrist over to look at the strap and you find Kintoun, his nimbus cloud.

This one retails for $195 and is in stores and online now. 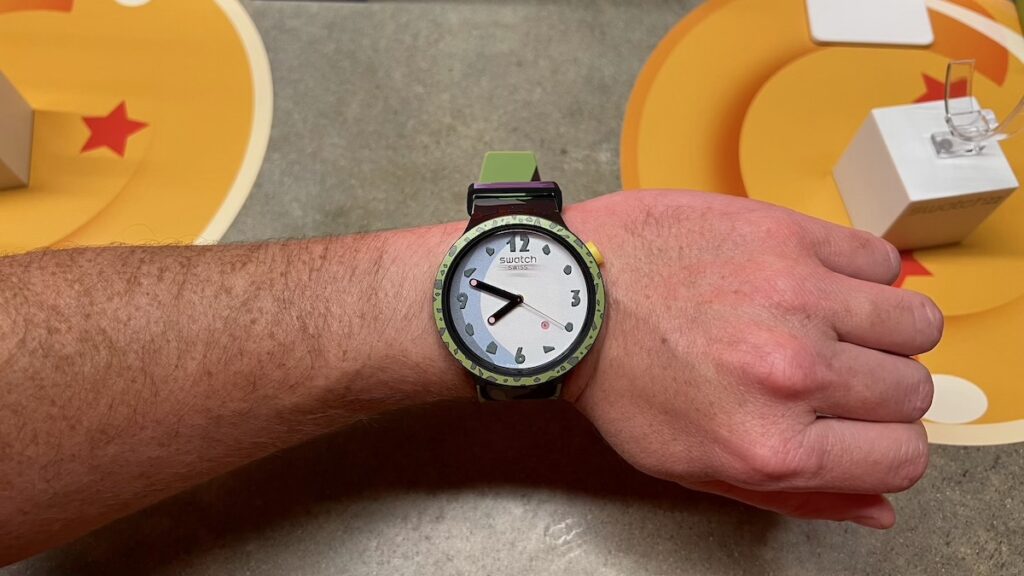 A white face is complimented by a sinister green. The hands are accented with pink dots – the colour of Cell’s eyes. The bezel is yellow for his facial features.

Underneath the strap you even find Cell’s black and orange tail.

Also retailing for $195, this one is in stores and online now. 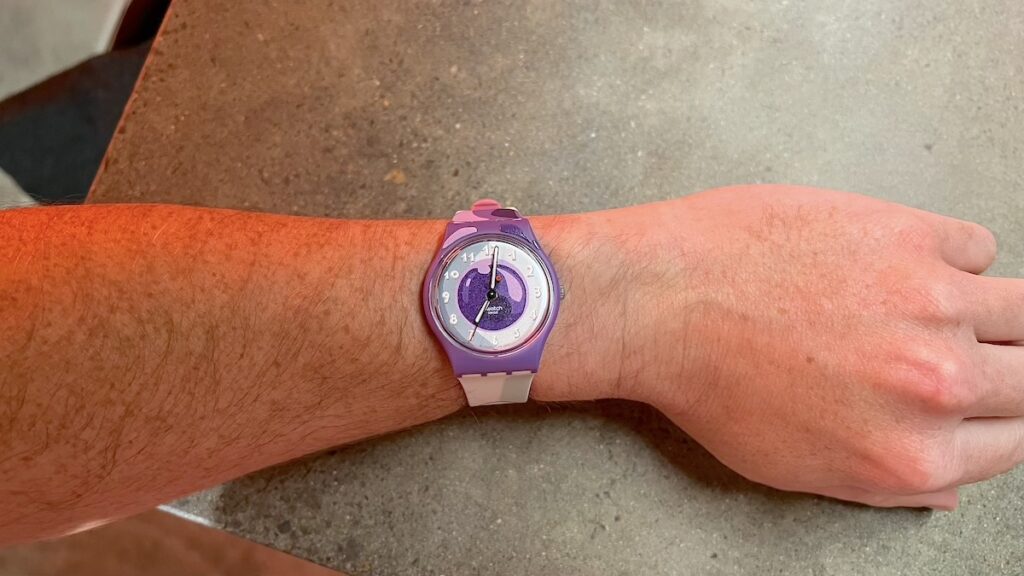 Frieza is the most well-known villain in the DBZ series, and his watch is no less iconic.

His two forms are captured on the GENT watch. There’s the white and purple on the front and pink lined detail on the underside.

There’s even two red dots on the dial that resemble his eyes. 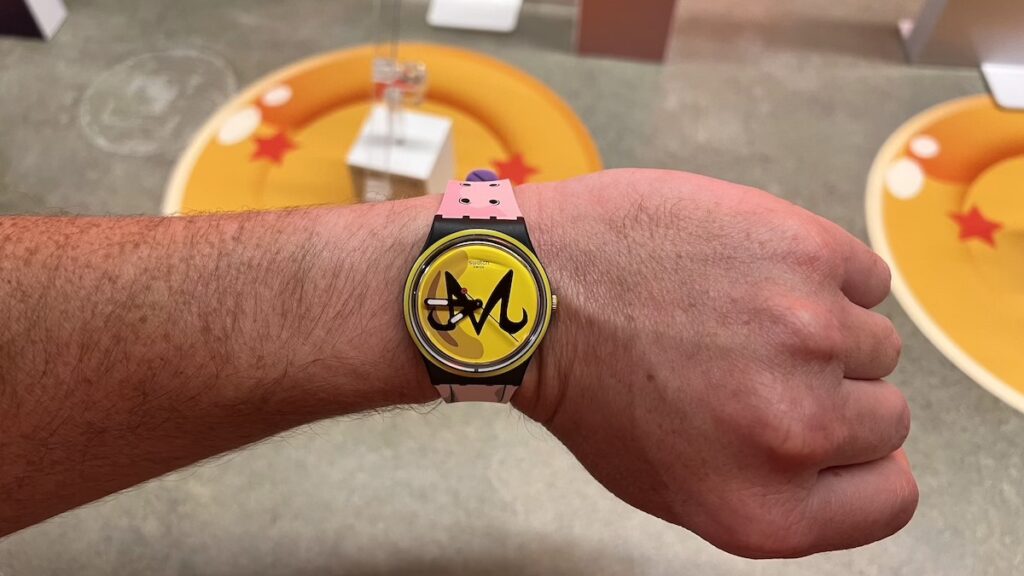 The Majin Buu features the iconic “M” logo found on the villain’s belt as the centre of the dial design.

His cape and belly serve as colour inspiration for the strap and underside of the watch.

Son of Goku has a lot to live up to, but his NEW GENT-inspired timepiece certainly lives up to the legend.

The dial design features the ‘KA-ME-HA-ME-HAAAA’ design printed around the hands, and the strap features a patch design given to Gohan by his trainer, Piccolo. 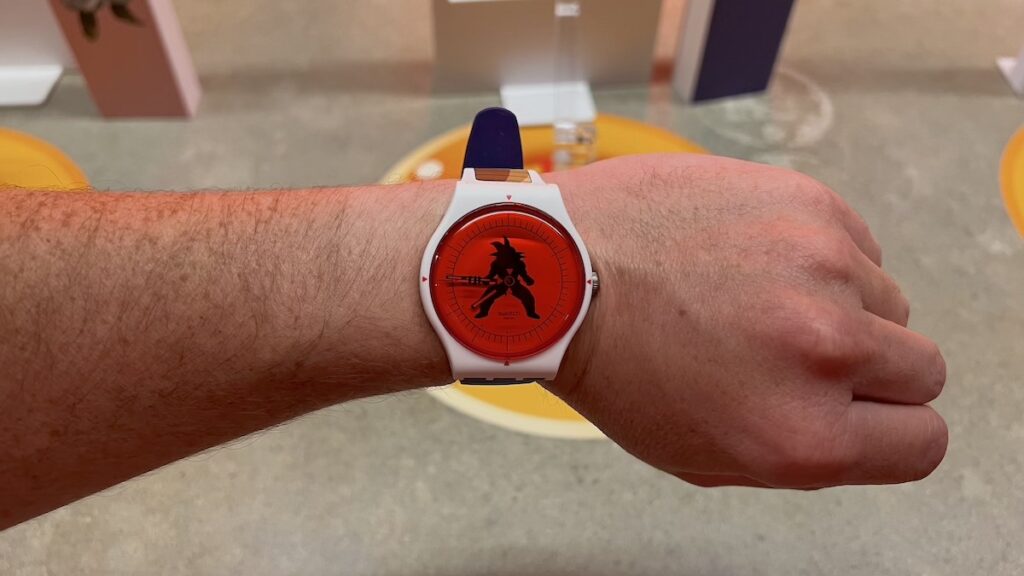 Bad guy turned good, Vegeta is probably the most iconic character of DBZ next to Goku.

Famed in meme circles for his realisation that Goku’s power level is “over 9000”, the Vegeta Swatch NEW GENT captures this moment perfectly.

The dial of the watch is actually the silhouette of Goku as seen by Vegeta’s scouter that measured his power reading.

Elsewhere, you get homages to Vegeta’s iconic armour and even a look at his Great Ape form on the backside of the watch. Fun fact: the hands feature red dots that make it look like his cheeks are blushing when the hands are at the 9o’clock and 3o’clock position.

Featuring the smiling, sunglassed face of the master himself, this one will set you back $150. 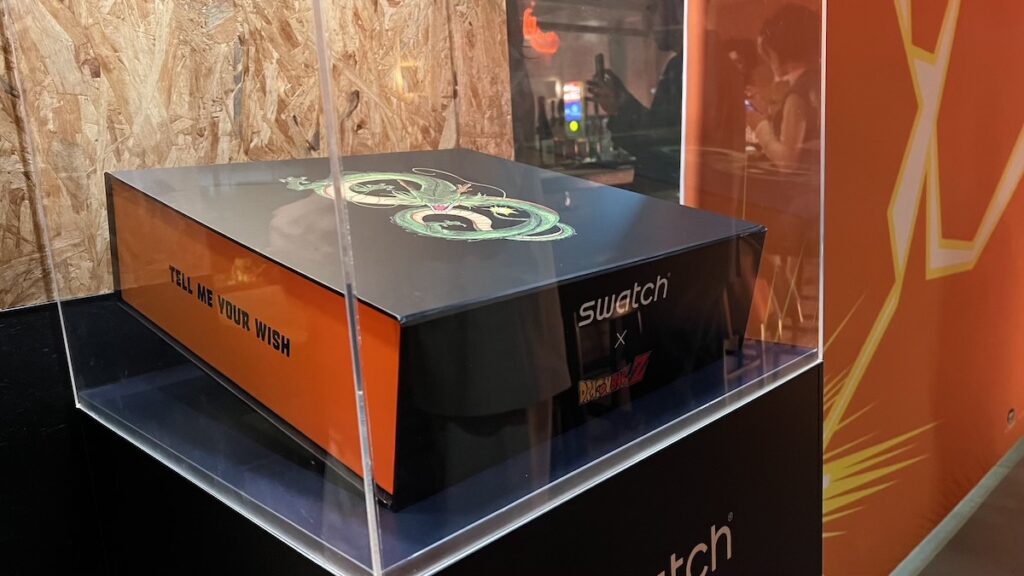 This is the big one. The Shenron SWATCH BIG BOLD.

Those seven Dragon Balls appear on the face of the timepiece – a Swatch BIG BOLD.

On the rear of the case you find the green dragonscale pattern as an homage to the belly of Shenron.

The bezel carries the phrase ‘tell me your wish’ in Japanese and English text, and the dial is centred by Shenron’s claw.

Only 997 will be released, and they’re all numbered. Purchasing the watch also nets you the entire collection in a special experience box.

It will be available by itself eventually, but it’ll be without a few special features that real fans will notice

This one is the only limited edition model in the range, and it’ll hit stores in a few weeks.