Sony has just taken the covers off the brand new WH-1000XM5 noise-cancelling headphones.

They’re great-looking headphones at a pretty price, but what’s different this time around compared to the previous model WH-1000XM4?

The new XM5 headphones actually promise to improve the noise-cancelling that was already mind-blowing on the XM4. When we reviewed the XM4, we were amazed at how robust it was, so how can Sony improve?

Sony is backing up its claim by doubling the number of microphones on the headphones from four to eight.

With more microphones, Sony is able to get a better handle on the external noise in order to create a more robust noise-cancelling profile.

On top of the new mics, Sony is also doubling the number of processors that handle the noise-cancelling to two, giving it more grunt.

Those new microphones are also going to give you better call quality too, according to Sony. The mics use beamforming technology and noise-isolation tech in the processors to isolate your voice for clear transmission, even in noisy environments. 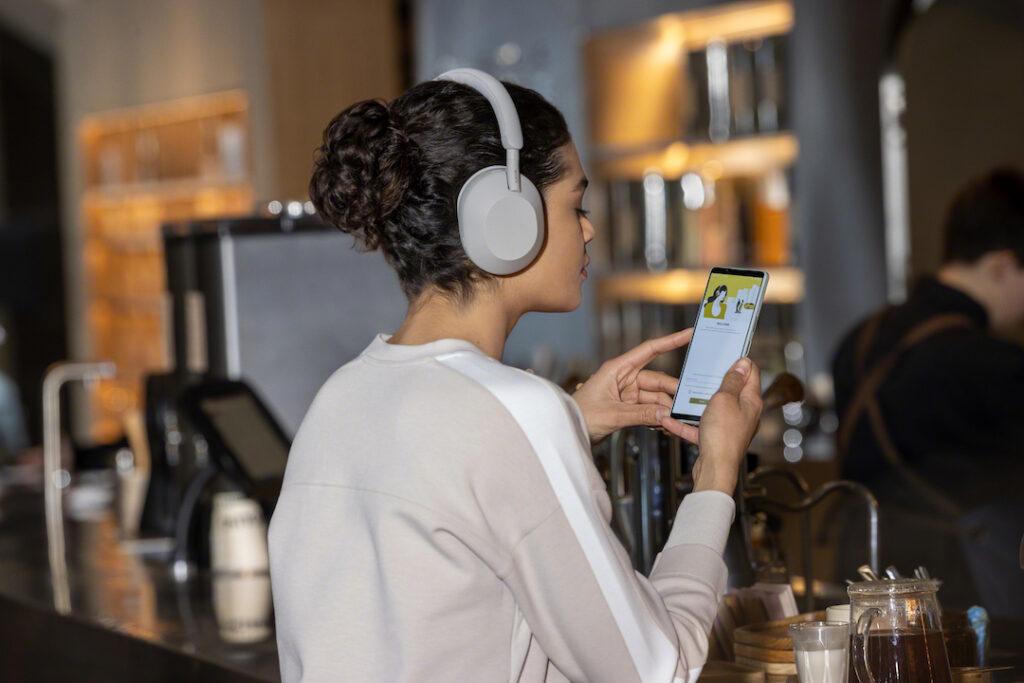 We can’t be sure until we’ve tested them, but Sony says that new codec support in the XM5 headphones gives it better sound quality overall.

This comes in the form of wireless support for Sony’s High-Resolution Audio features.

Previously, you needed to use a cable to connect the headphones to enjoy it, but now it’s cord-free.

Sony recodes your music as it arrives in your headphones in real time with its LDAC codec.

Provided you’re using a device that supports LDAC and High-Resolution Audio, you should have a great experience wirelessly. 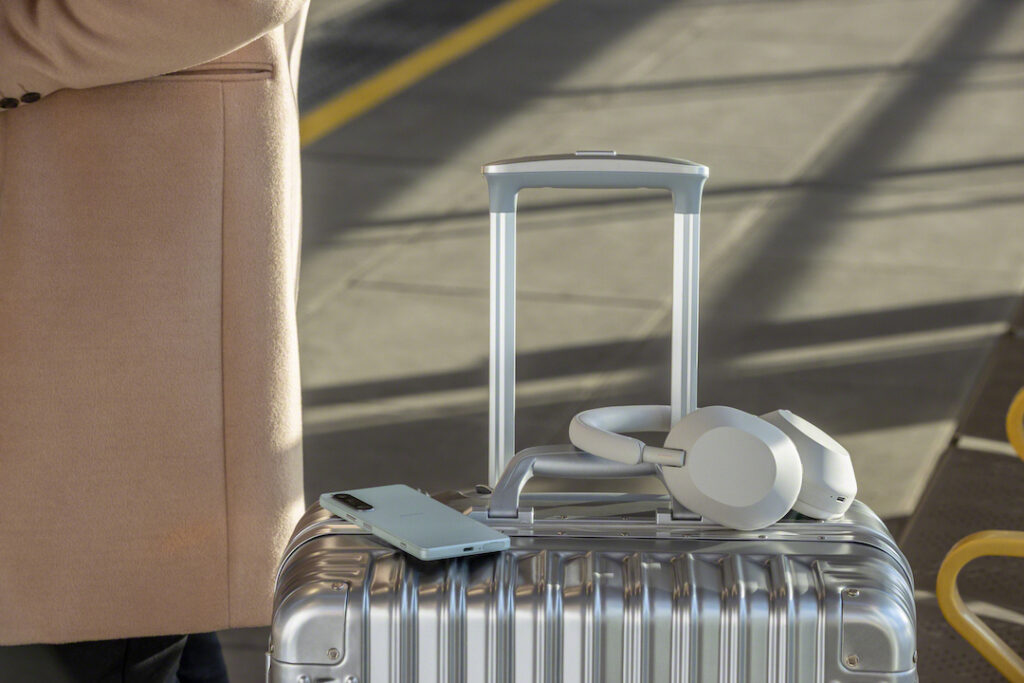 The last few versions of the WH-1000 headphones have all looked the same. I still struggle to tell my XM4 headphones apart from the older XM3 we reviewed.

You won’t run into any such issues with the XM5 headphones, with an all-new design.

Compared to the XM4, the XM5 features a “stepless slider” – similar to the one found on the Bose 700 we reviewed – and new soft fit leather ear cups.

The exterior of the cups is finished in a composite carbon fibre material (presumably to make it go faster?) and features some recycled material from automotive plastic. 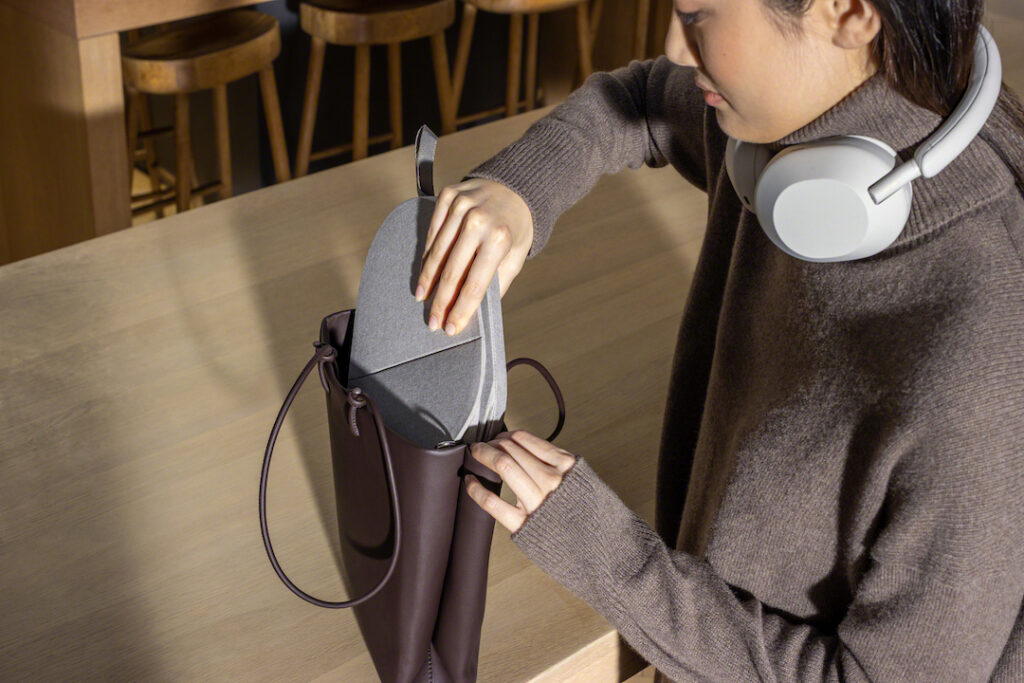 The case is also different. Whereas the rigid black fabric zip up case came with the XM3 and XM4, the new XM5 comes with a redesigned collapsible case for easier storage.

You can still pair two devices at the same time with the XM5, similar to the XM4. What’s different is how fast you can switch between the two using the headphones.

On the XM4 when we tested it, any sound playing from either connected device would get priority over the headphones, and it turned into a bit of a mess sometimes. Especially when connecting with something like a phone and a TV, for example.

The XM5 allows you to switch on the headset itself, “at the touch of a button”, Sony says.

The XM5 is also going to be better for newer Android users than the XM4, with support for Google’s new Fast Pair feature. You can also use Swift Pair for Windows 10- and Windows 11-powered devices 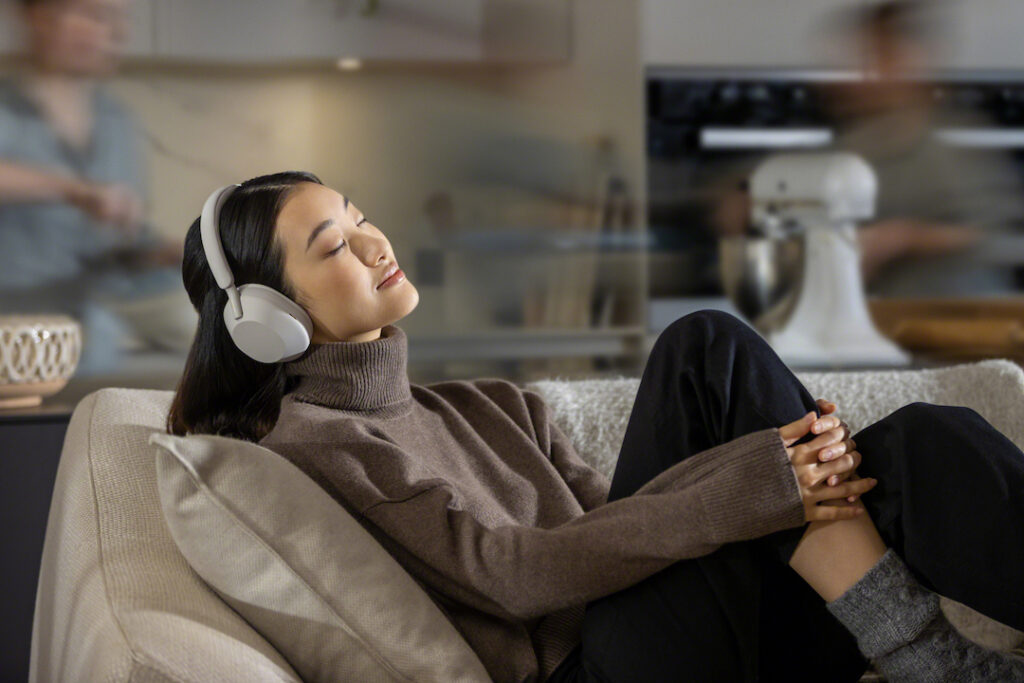 Here’s something that isn’t different: Sony is promising 30 hours of battery life on the new XM5 headphones.

It’s exactly the same battery life time quoted on the XM4 when it was released in 2020.

What’s different, however, is how fast it charges. With USB-PD (Power Delivery), you can get three hours of battery life from just 3 hours of charge, provided you’re using the right charger.

Compare that to the 5 hours of charge you can get in 10 minutes with USB-PD and the right charger on the XM4, however, and you realise it’s much of a muchness.

In a bid to make the planet a greener place for us to do capitalism on, the new XM5 headphones come in a fully recyclable box.

No plastic went into the packaging for this one, which is a nice change more companies could learn from.

Here’s the big one. What will you pay for all this new hotness?

In 2020 when we first got our hands on the XM4, they cost $450. Pretty decent for industry-leading headphones, and almost half the price of the Bose 700 they were put up against.

In the wake of pricer headphones from Bose and Apple with the AirPods Max, Sony has also increased its price for the new XM5. It’s $650.

Is it worth that? We’ll find out in June when they’re released and we get our hands on them for review.