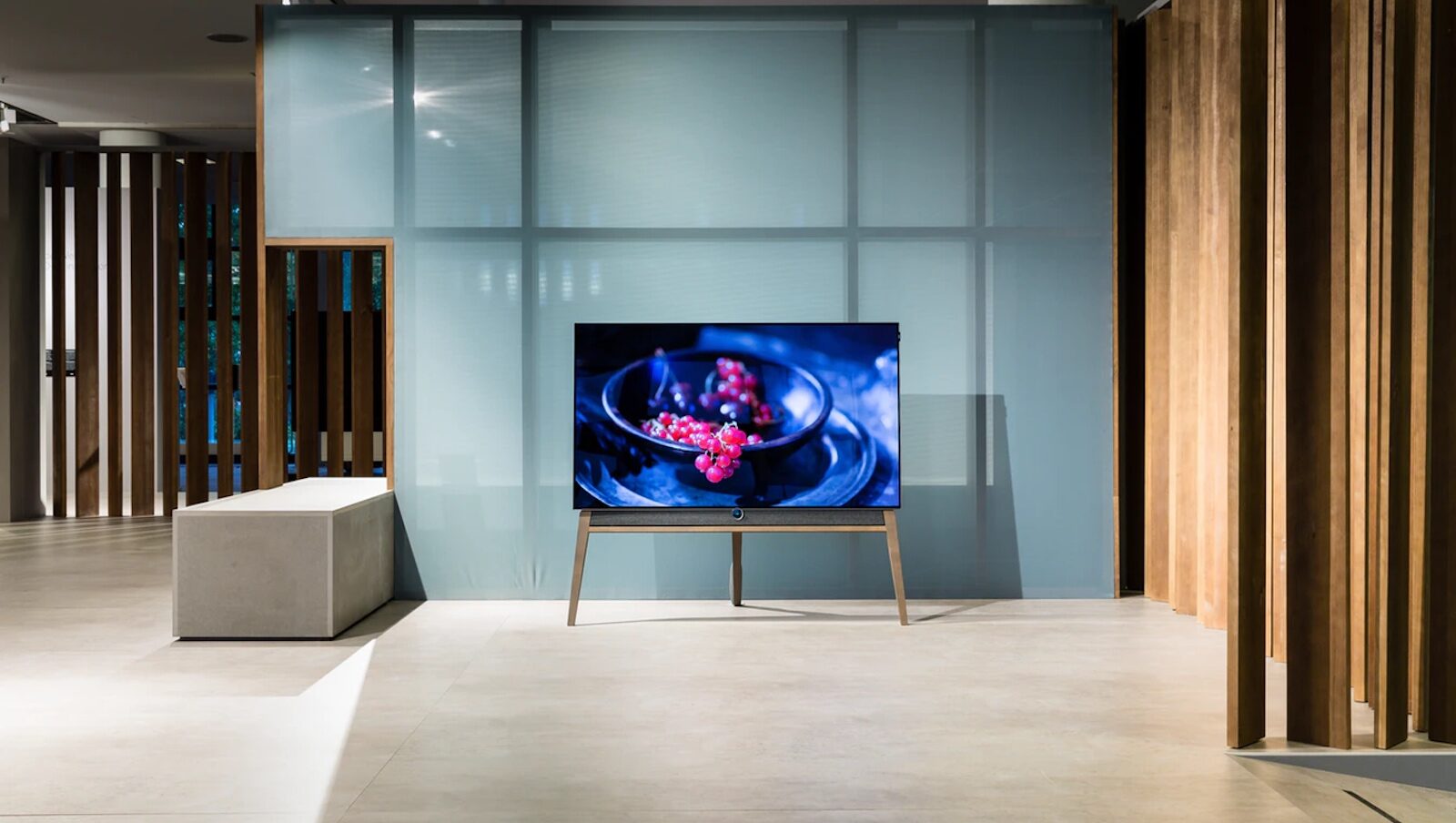 Taking the plunge into buying a posh new OLED TV for yourself? Here’s what you need to know before buying.

First things first, what the hell is an OLED TV, and what makes it so expensive?

On the surface, it looks just like any other TV, but below the optically-bonded top layers lurk the brightest colours and deepest blacks you’ve ever seen.

The O in OLED stands for “organic”. Each pixel is able to provide its own illumination, rather than relying on a traditional backlight to power the picture.

In real terms, it means that chews far less power, produces much brighter colours, and incredibly deep blacks. How? Because instead of trying to reproduce black, it simply turns those pixels off when it’s time to display it. There’s no blacker black than an OLED, and it shows when you use it.

All that you can get from an idle chat with the person who’s trying to sell you the thing in the store, however. Here’s what I wish someone told me before I bought an OLED.

Once you have a 4K TV, it makes no sense not to use it, but unfortunately, it gets expensive to take full advantage.

Netflix, for example, offers a standard definition subscription for $10.99 per month, and a high definition tier for $15.99 per month. This, however only bumps your streams up to 720p.

Native Ultra HD content is available to stream on Netflix, but the price goes up to $19.99 a month for a catalogue that doesn’t stream everything in native 4K, only select titles.

The price really starts to stack up when you start adding one service on top of another for your living room’s new pride and joy. Other services — such as Stan, Disney Plus and Amazon Prime Video — also offer Ultra HD/4K streaming tiers.

Stan’s will set you back $15 per month for its Premium, Ultra HD-powered plan, whilst Amazon Prime Video comes in at $6.99 per month. For these three services alone, you’re looking at an extra $40 per month. Throw in a YouTube Premium membership ($14.99); a Hulu subscription (US$11.99); potentially a Plex Pass subscription (US$4.99) and the cost of your monthly music streaming service (say, Spotify for $11.99) and your new TV could set you back close to $100 every month just on services alone.

QLED vs OLED: which is better?

Then there’s the internet connection you’ll need to stream all that high-definition goodness. It’s recommended you have speeds of 15-20 Mbps or more for Ultra HD streaming. To boot, you’ll need a whole mess of data every month to accommodate for the massive file sizes you’ll be pulling down.

When I bought my TV, I knew my internet speed was sufficient, but I never thought I’d be pulling down 750GB per month of data to watch a few hours of TV every night. You’ll should expect to pay at least $50 to $90 per month for the right connection in Australia.

Add all that up and streaming can become an expensive proposition, costing you between $100-$200 a month.

Do OLED TVs burn in?

One of the things that almost stopped me from getting my hands on the TV of the future was the fear of what’s known as “burn-in” or “afterimage”.

If you’ve got a single image on the TV (it could be a static gaming HUD, a cricket watermark or even a news ticker) for a long period of time on an OLED, common wisdom states that it can become a bit of an issue.

On an LCD, this wouldn’t be much of an issue, but an OLED TV can hang onto that image, or “burn” it into the panel.

Sadly, OLED panels are in fact more susceptible to burn-in than their LCD counterparts. However, burn-in really shouldn’t be a problem for the average user.

If you play the one game for hours on end, you may find that an OLED TV has a temporary case of image retention — where the faint outline of a picture or pattern stays on the screen after viewing it for hours — but to produce burn-in, you’d have to leave the same image on your set for days on end.

Go into any big-box retailer and ask to see last year’s OLEDs if you want to see what a badly abused TV looks like. In that case where they leave the TV looping the same news, sport or information channel for 10 hours a day, 365 days a year, you’re bound to get a burned image.

If you’re normal and watch your TV for a few hours every night, however, you’ll be largely fine.

And if you do end up with a *faint* shadow from something like a game HUD or media centre menu, a lot of new OLEDs like the LG C8 include a “pixel washer” that can “clean” the diodes to clear a temporary afterimage.

Oh sure, you get to the showroom and see a TV so thin you can shave with it and think “great!”. You can mount it on the wall in the case of the LG Wallpaper OLEDs or brag to your friends about how your TV is thinner than your favourite book (or e-reader for that matter), but what you don’t consider is how you’re going to position such a sexy beast.

Carrying a 55-inch OLED, especially one as thin and fragile as my LG C8 is hair-raising the first time you get it home. Make sure that you both have a friend to help you carry, assemble and mount the thing, and keep the box and packaging.

Keeping the packaging out of sight in a garage or something, and when it comes time to move house you won’t hold your breath every time the neanderthal moving crew pick it up or put it down.

Your TV may look like a million bucks (and cost pretty close, too), but unfortunately, all that cash can’t get you a decent pair of internal speakers. At best, you’re getting a 2.1 channel system that’s all treble, no bass and even less volume. And if you can’t see your speakers, they probably aren’t forward-facing either, so expect to max them out. A lot.

Let’s be honest though. If you’re spending that much on a TV, you can probably spring a few hundred bucks for a decent soundbar, right? I recommend either the Sonos Playbar or Beam.

Did you know it’s actually more expensive to get a dumb TV these days than it is a “smart” one? With this in mind, make sure you get yourself an operating system you can live with.

Samsung has Tizen, LG has WebOS and Sony has Android. Each have different apps, upsides and downsides. Make sure you read a review of each OS before you sink your hard earned, lest you make a dumb decision about your smart TV.

When to buy the cheapest OLED TV

You wouldn’t buy an iPhone right before the new model is about to come out, would you?

The same goes for TVs: never buy when the models are about to change. If you can time your purchase around Q2, you can take advantage of the new releases hitting the market post-Consumer Electronics Show (CES) in Vegas. This is where all the whizz-bang new TV tech is shown off, and three months later it hits the store floors.

When that happens, you can expect big box retailers to discount like crazy to make way for the new stock. That’s when you pounce. You can save yourself thousands on a year-old model that’s just as good now as it was then. Just don’t buy a floor model. See the burn-in section if you need a reminder.

OLED vs QLED and NanoCell

Sure, you can wait a while and justify your spend by getting a TV that pitches itself as a viable competitor to OLED, but nothing will ever come close to its black and colour reproduction.

Black is black as can be with an OLED, because when something’s displayed as black on that panel, it’s diodes are switched off. It’s not pretending to be black like an LED TV with its backlight. It’s *true* black. Everything just pops on an OLED, and I can’t wait for the next decade with my new ‘set.

Don’t want to spend the extra cash on OLED? Maybe try something cheaper (and almost as good) with QLED or NanoCell TVs.