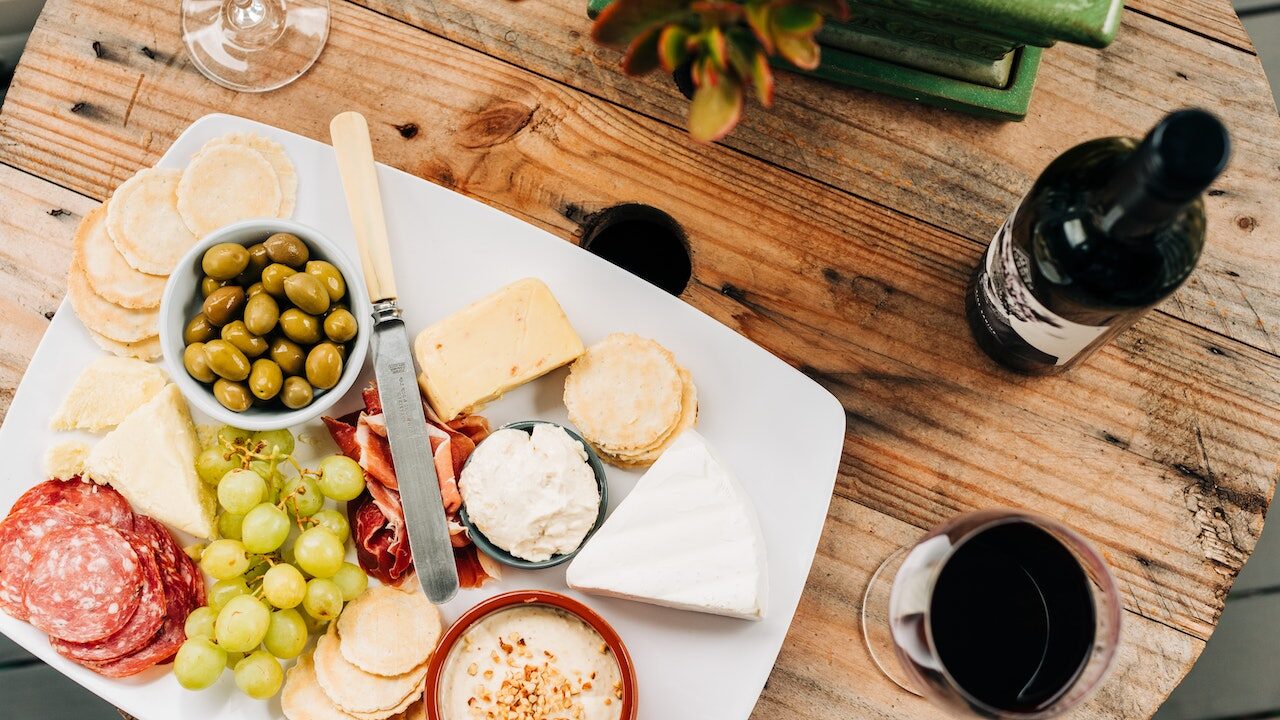 Miss having your friends over? Me too. Here’s how to fill that gaping void in your social schedule with a gut-busting virtual games night.

This takes a little bit of setting up, but if you pour yourself a good glass of wine, you’ll be set up and ready to go (at any skill level) by the time you’re ready for your next. I promise.

You’re all going to need a few things to make this work. At the very least, people playing along need both a laptop/computer and a smartphone.

You’ll also need some games to play. That’s where the incredible folks at Jackbox Games come in. With the Jackbox Party Pack, you get a series of games in the one bundle that work great with a crowd.

There are six Jackbox Party Packs, each with different games and some with sequels to old favourites. Games are often capped at between 8-10 players, but those who don’t get in can often spectate and vote on the funniest answers to help award points. Even if you don’t have a big crowd, you can get started with as few as 2 people for most games.

Jackbox Party Packs are available on just about any platform you can think of, from PC to Nintendo Switch; Xbox to Playstation, and even Apple TV. You can check the prices on each platform (and maybe even nab a few deals) on the Jackbox Games website. I prefer to download the games via PC or Mac, as it makes streaming them easier, but don’t fret: we’ll give you a bunch of ways to play together virtually.

Ideally, Jackbox Party Packs are designed to be played with a bunch of your friends sitting around the same couch on your TV. That’s why it’s compatible with just about any platform or console you can think of. Unfortunately, you’re in lockdown, so we’re going to have to bring the couch to the internet!

Here’s how to host the virtual game night of your isolated dreams.

Note: video latency and delays are going to happen no matter the option you choose, so make sure you go into the settings menu of the games you stream and turn on longer response times to answers so its stream-friendly.

The high-tech way: set up a streaming channel

For this method, I’ll assume you’re pretty switched on. You’ve probably got a laptop, a tablet and a smartphone. Good for you! That should make this easy, because you’re going to start your own Twitch channel.

Twitch is a game-streaming service owned by Amazon that allows you to watch people play video games from just about anywhere. Getting started is even easier than you think.

First of all, you’re going to set up a new account at Twitch.tv. That’s easy enough. From there, you’ll want to go into your settings and find your Stream Key. Keep this super secret, because it allows anyone with the key to broadcast to your precious channel.

You’ll then want to set up the stream. For this method to work, you’ll need to stream your games from the computer they’re installed on. To turn your computer into a streaming box, you’ll need software. The best and simplest application to use is Open Broadcaster Software (OBS), which works on PC and Mac.

Once OBS is installed, you can follow the setup wizard to get started with your stream. It can either automatically connect to your Twitch account using your login, or you can manually give it your Stream Key. OBS will also automatically test your internet connection and give you recommended streaming settings, but streaming games in 1280×720 is probably fastest for everyone. You may need to adjust the size of the game inside the stream window once you get started, but we’re not aiming to be pro gamers here. If it isn’t 100% perfect, you’ll still have a great time.

To test your stream, boot up a Jackbox Party Pack in windowed mode (so you can keep the game and the OBS windows next to each other), and create a new scene in OBS. A scene is an output that gets sent to the stream. You can either stream your whole window with Window Capture, or stream a particular game with Game Capture. I chose Game Capture for my game night and every time we changed games, double-clicked the scene I’d created and switched the title manually to ensure the new output was streaming.

From there, hit “Start Streaming” and you’re away! Check on your stream via your tablet or phone to make sure it’s working, and send it to a few friends to make sure they can see it also.

You’ll then need to be able to see your friends on your virtual couch. That’s as easy as setting up your tablet on your coffee table with the app most of your friends also have. We used Houseparty and Zoom to get it working, but you can also get together on Group FaceTime for iOS or even just via a Facebook Messenger video call. It’s up to you on this one.

Then it’s just as easy as posting instructions to your group chat or Facebook event as to how to participate! Here’s a form letter you can send to people if you’re lazy. Just remember to fill in the details!

Here’s the deal folks. We’re playing Jackbox, and it goes like this.

Jackbox is a variety party game pack that you play on your phone while sitting around a TV. Seeing as how can’t all get together around the same TV, I’m going to be streaming on Twitch so you can all see the action.

At <TIME>, log onto twitch.tv/<YOURTWITCHUSERNAMEHERE> on the device you’d like to watch the game on. It could be a laptop or a tablet. For added fun, you could connect it to your TV and have all the action in your own living room!

Then you’ll need to use your phone to answer the questions and play along at home. Once you’re watching the game screen, head to Jackbox.tv on your phone and enter the code displayed and your name. Then you’ll be in the game!

For us all to talk, I’ll host a <VIDEO CALL APP> we can all join. If you only have the one laptop to stream the game on, you can use it for both the Zoom and the Jackbox stream on twitch.tv/<YOURTWITCHUSERNAMEHERE>.

With this all done, we’ll be able to see each other, hear each other, play the game live and have a few laughs. It’ll be a blast.

The only limitation with some Jackbox games is that there’s a player limit of around 8-10 people. There are a few of us here so some people will be able to spectate and vote for each other’s answers for bonus points while others play, and we’ll rotate it accordingly throughout the rounds so everyone gets to join in.

If you don’t want to set up your own streaming channel, however, there are other ways to get your virtual games night to pop off!

The low-tech way: set up a meeting

This suggestion came from one of our participants in the latest game night (thanks, Tara!). She helpfully suggested that if you don’t want to set up your own streaming channel and manage the outputs with OBS, you can simply use the computer that the game is streaming on to enter a group meeting that also allows screen sharing.

Something like Skype, Zoom or Microsoft Teams will work well for this one. Download the app of choice (and make sure everyone else has it too) and host a meeting. From there, simply boot up your Jackbox Party Pack of choice and share your screen into the meeting. Everyone will be able to see the game and you’ll all be able to see each other.

This way works great if you only have the two devices: a laptop (with a webcam) and a smartphone (to play the game).

Just keep in mind that some video apps have a limit on how long you can stream for. On Zoom, for example, it’s 40-minutes per meeting with a free account. Just close the stream and start it up again right after if you get kicked off!

The low-tech way: set up a camera

Because Jackbox works on so many platforms, including consoles that can make streaming potentially difficult, it might just be better to go super-low tech and set up a smartphone or tablet camera pointed at your screen. That way you can show the Jackbox stream to your friends in the virtual meeting or chat app you set up!

For that, you’ll still need a smartphone to be able to play the game, so you’ll potentially need to go rummaging through your drawers for an old phone you can use to play the game while your shiny new one streams the game to your friends.

Now is the time to drink the booze you’ve been saving for a special occasion. Here’s how to drink it like an adult.