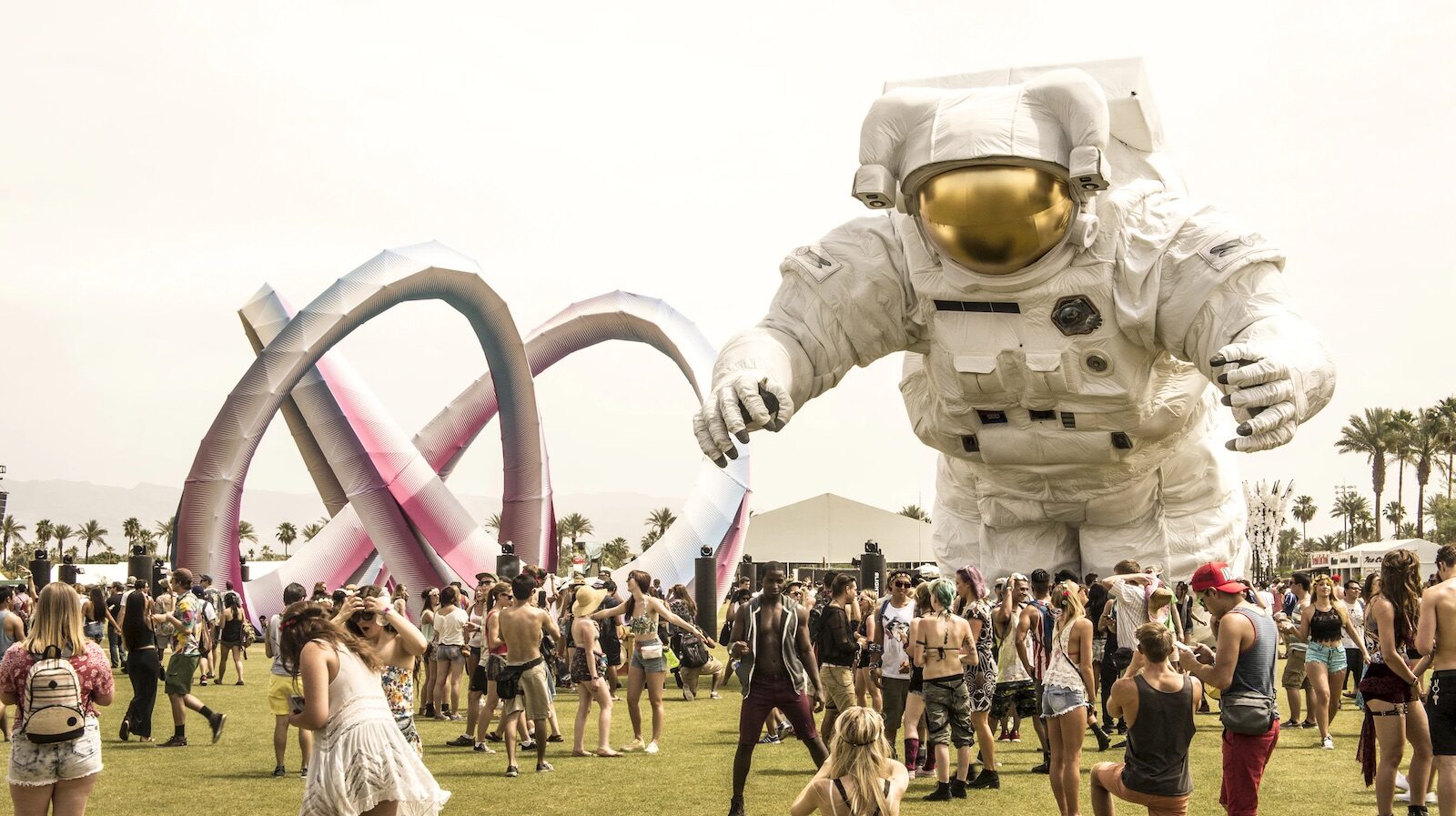 6 ways you can use less plastic

If you’ve never met me, you might not know that I’m Notoriously Uncool. So much so I could get both of those words tattooed on my cheeks like Post Malone’s “Always Tired” monikers. With this in mind, it won’t surprise you to learn that my first ever music festival was Coachella, at the age of 29. Coooooooool… Even though I have no experience of other festivals, I now feel qualified to lecture all of you about one of the biggest festival’s in the world. Here’s what I wish I knew beforehand.

I cannot overstate the size of Coachella to you. I mean, it makes sense that to accommodate thousands of people in a bid to host 7-10 acts all playing at once requires a sizeable venue, but it’s HUGE.

The main stage is the size of a football field. The Sahara tent could house military planes (plural). There’s a food and drinks village. Not a tent, a village. There’s a whole campground of people and their cars adjacent to the festival grounds. It’s 642 acres in area to accommodate all this grandeur. Comfortable shoes aren’t just a nice-to-have. They’re a must-have.

With the size in mind, make sure that you budget ample walking time between shows. Don’t think that just because Alison Wonderland finishes at 4:15pm you’ll be able to make the opening of Snoop Dogg’s show at 4:20pm. It can take you up to 20 to 30 minutes to walk the length of the festival, let alone set yourself up with a good position once you arrive at your next destination. Plan your day ahead.

Your Energy Is A Natural Resource

Speaking of planning, factor in that you’re going to exhaust yourself faster than you might expect.

If you have the energy, you can plan to show up when the gates open at 11am and party until the last act takes their final bow, but don’t count on doing it for three days in a row.

Coachella is a big place where you’ll burn a lot of energy whilst not consuming enough food or water. It’s a fact.

Plus, if you’re imbibing on festival day, it’s going to have an effect on the way you’re able to play through, so to speak.

Potentially mitigate your body letting you down by picking only the absolute must-see bands.

Water is a problem

You read it right: I’m here to tell you that access to water in an actual desert is a real issue.

But seriously, Coachella is a pain in the ass of a place to stay hydrated. Water inside the fest is between $1-$2 for what equates to a thimble of liquid, and the queues for filling your bottle could span a band’s whole set.

I made sure to bring two, 2-litre Nalgene bottles for my day bag, and even then I was visiting the water station more than twice in a day.

You’re outside partying in a duststorm, enduring 100-degree weather and burning more energy dancing to Lady GaGa than you will in a whole year. Don’t be a child and stay hydrated.

Lennon once said, “life is what happens to you while you’re making other plans”. Your Coachella festival experience isn’t always going to go to plan, and that’s when you might actually have the most fun.

I’ve heard of people going to a day of Coachella with no plan in mind whatsoever but just wandering in and out of tents and stages to listen to the music they find along the way. These people go back every year and describe it as potentially the best way to experience the festival.

If you have one day where none of your faves are playing, perhaps just wander around and let some of the Coachella magic happen to you?