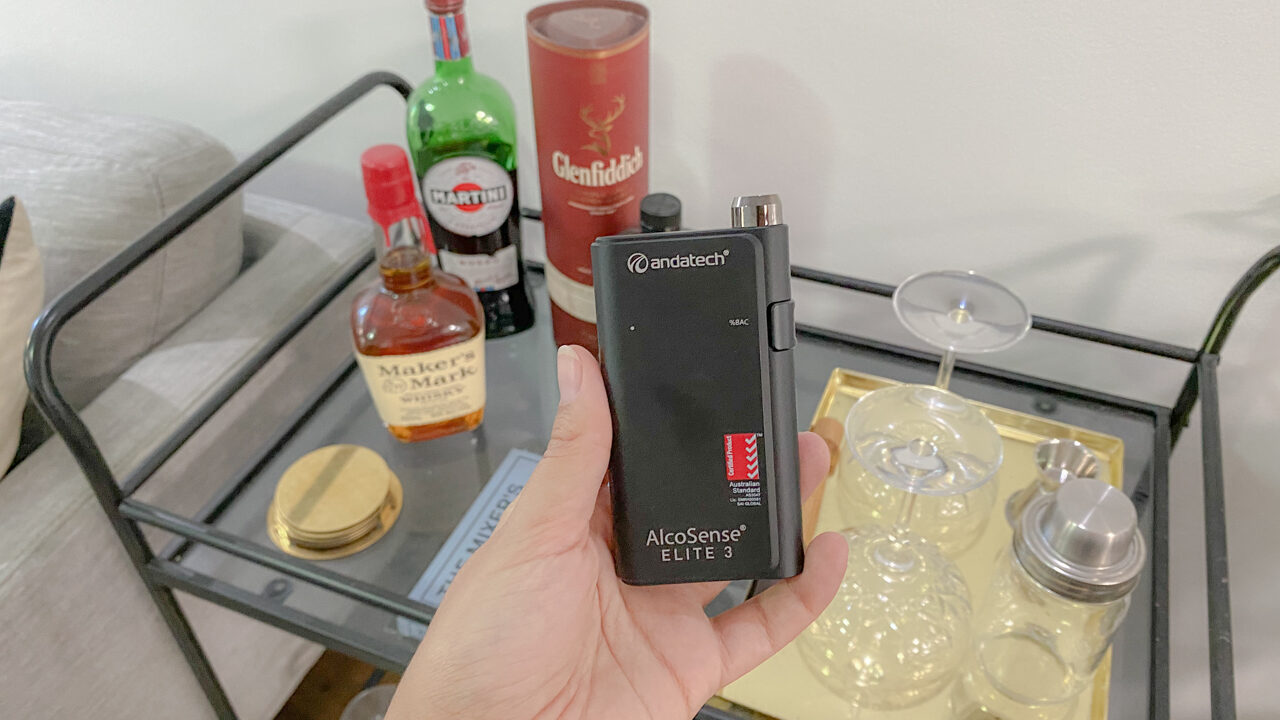 How to host a virtual game night

You’ve seen the headlines. Police are cracking down on drink-driving more than ever. And that’s a good thing. Drink and drive and you’re a bloody idiot. But how do you know when you’ve had enough? Get behind the wheel and hope for the best? Never. And I mean never ever. That’s why the best thing you can buy for your car is not a phone mount or a first aid kit. It’s the AlcoSense Elite 3 breathalyser.

(I’ve just poured a glass of wine as part of the review for this breathalyser. I’m a man of integrity, of course. I’m currently blowing a 0.00, naturally.)

If you’ve ever been stopped at a random alcohol checkpoint for a breath test, you’ve seen a breathalyser. It’s a small device you blow in for a few seconds before it gives a verdict on your level of intoxication. Specifically, it measures your level of blood alcohol concentration, also known as BAC.

If you live in Australia, the legal BAC is 0.5. In the United States and United Kingdom , it’s 0.8. In some countries it’s as low as 0.3 or 0.2. In Russia, there’s a zero tolerance policy for drink driving.

(I’ve just had my first glass of wine while writing this review, and I’ve just tested at a 0.02% BAC. I can no longer drive in most of Europe.)

Authorities (and I) recommend that you don’t try to calculate your own BAC in your head for this reason. Alcohol concentrations vary between drinks, and those varying drinks are likely to be served in different quantities bar-to-bar.

Even if you do think you know what you’ve consumed, you’re unlikely to have a good handle on your blood alcohol content, given how it metabolises differently person-to-person. Your size and weight, gender, liver function, food consumption and general fitness and metabolism all determine how quickly you metabolise a few cheeky brews.

But thanks to the internet, breathalysers aren’t just the purview of police agencies. They’re now available to the general public.

The AlcoSense Elite 3 from Andatech is one such breathalyser. It fits in your pocket, comes with a bunch of test straws and provides readings that are accurate to within plus or minus 0.005% BAC.

(Speaking of accuracy, I’ve just finished my second glass of wine. It was the last generous pour from a bottle I bought in the Hunter Valley on my last trip. As a result, I’m now blowing a 0.06. I can’t drive in Australia, but if you’re in the US, hop in and I’ll give you a lift.)

The AlcoSense Elite 3 is also compliant to AS3547. That means it complies with Australian government regulations for “official” breathalyser for use “other than those used by law enforcement agencies”. So it’s not the same gear the cops use, but it’s the next best thing.

And as the sensor “ages” from multiple tests, it keeps track of its own accuracy and reminds you when you need to send it back to the manufacturer for a recalibration. This is crucial, given that it needs a recalibration around every 500 tests or so. I wonder if the police do this…

(I’ve just finished my fourth glass of wine, and poured the remainder of tonight’s bottle. Don’t judge me. I’m a journalist committed to good research and a great bottle of white. As a result I have now blown just shy of a 1.3. Given it’s a weeknight, I’m now less concerned about driving somewhere and more about waking up early for work tomorrow.)

When I was first sent this, I was on the precipice of hosting a birthday party at my home. This was a party where alcohol was served and many marry a time was had. At the time, I took the AlcoSense Elite 3 to each party-goer when they were about to leave. The ones that weren’t using a ride-sharing service soon reconsidered their position. That is the power of having good information, and that is why the AlcoSense Elite 3 is worth the money you spend.

A smidge over $200 for a device you only use sometimes is probably a bit of a luxury, but you’d be kicking yourself if you made the silly decision to drink and drive, thinking you were under the limit. Especially when a simple gadget stashed in your glovebox could have meant the difference between being in the back of an Uber and the back of a divvy van.

It’s important to note at this point that if you become the new owner of an AlcoSense Elite 3, you aren’t in control of the same gear the police have. Not by any means. What you do have, however, is the ability to make better decisions. You on your own have no scientific understanding of your competencies while under the influence, but your AlcoSense can give you a closer idea before the police give you a definitive understanding via the legal system.

The AlcoSense Elite 3 won’t get you off, but it’ll tell you if you’ve flown too close to the sun on your wings of whiskey. That’s why it’s my new favourite bit of kit for the car.

Before I retire to bed with a reading of 1.5, a tall bottle of Voss and two Nurofen, I’d like to remind you that drinking and driving is never acceptable. Ever. Buy an AlcoSense and download Uber instead.

Why you’ll always want to be the designated driver on this Ferrari weekend.