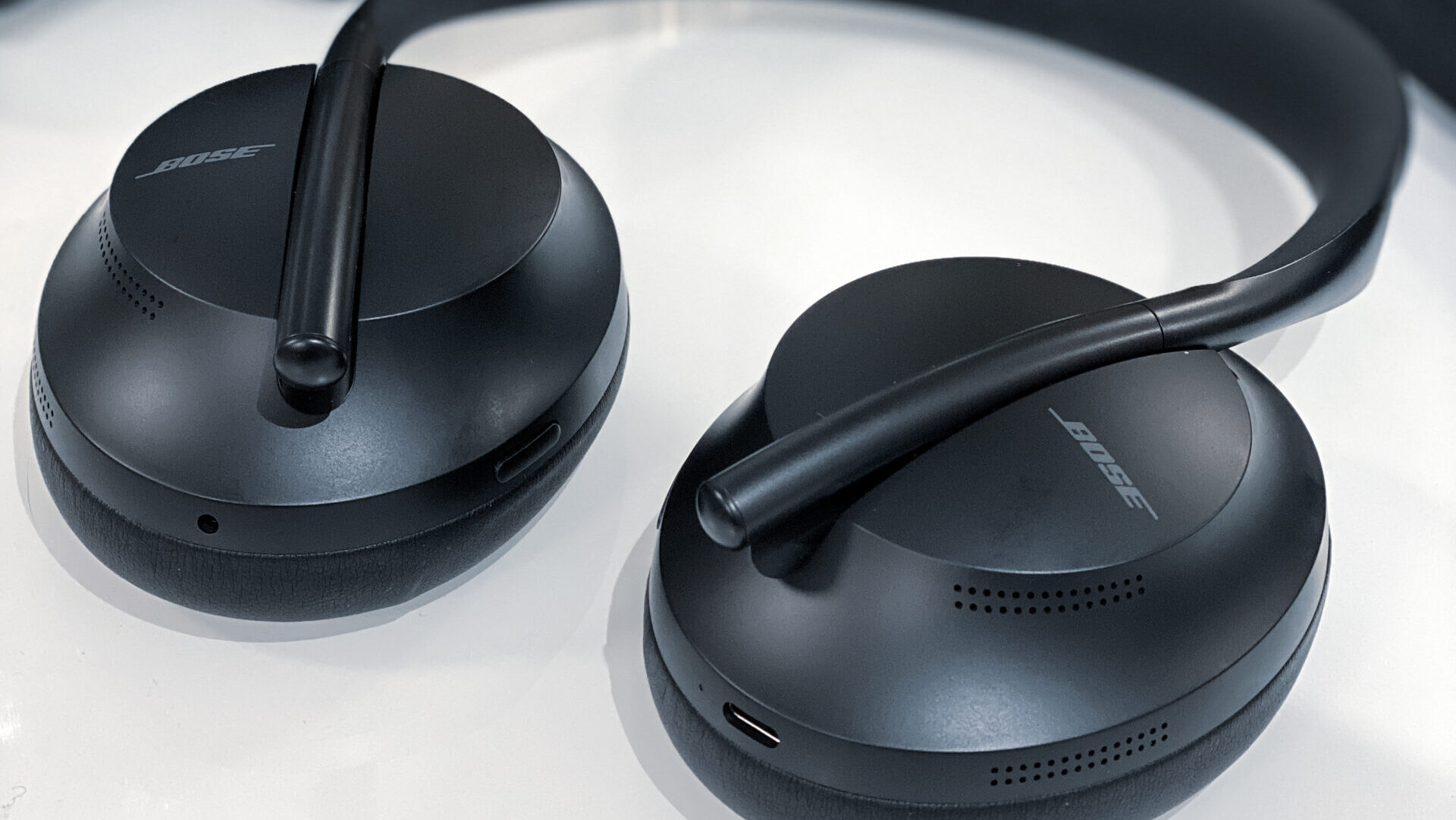 Relationships and money: when is the right time to combine your finances?

Bose make the best headphones in the world. No question. I wanted to review the new Bose 700 noise cancelling headphones are better than every other model out there.

You won’t look like a numpty wearing the Bose 700, that’s for sure.

Many noise-cancelling headphones, including the much-vaunted Sony WH-1000MX3 we loved make you look a bit of an idiot in the wild.

The Bose 700 sit closer to the head with fewer sticky-outie bits to make it a more-stylish affair. Meanwhile, the large oval-shaped cups cover your entire ear while still sitting pretty flat to your head thanks to some design smarts.

This slimline design also means the case is smaller, for which my little satchel bag is very thankful.

The quality of the materials is also high, with the telescoping arms made from lightweight aluminium and the outer cups covered in a matte material to make it soft to the touch.

The cups sit luxuriously over your ears, and you could conceivably work and listen for hours and hours without experiencing any discomfort.

The outside of the headphone cups meanwhile feature the touch controls that many high-end noise-cancelling headphones carry these days.

With the Bose 700, they can be a little fiddly as the telescoping arm does take up a large part of the outer cup, but you get used to it after a while.

The sound quality of the Bose 700 is second-to-none.

Bose has long been the yardstick by which other headphones are measured. That’s still the case with the sound-quality of the 700. It’s clean, crisp and well-balanced.

You hear every part of the scene, including things that you wouldn’t normally hear if you were listening on speakers or a lesser pair of ‘phones.

The crisp rustling of some papers in the background of a scene. An instrument in the deep background you never thought was there. Your podcast host’s kids in the other room. The Bose 700 lets you hear it all as it was meant to be heard, and in near-complete privacy thanks to the noise-cancelling.

The Bose 700 noise-cancelling has a bunch of customisable settings via the Bose Music app for iOS and Android, which is great for the detail-oriented looking to get the most out of their sound.

With older Bose headphones like the QC25’s and QC35’s, you only had the choice of turning the noise-cancelling on or off. With the Bose 700, you have 11 customisable noise-cancelling settings to choose your level of silence. It’s pretty magical listening to each different level and how it cancels out noise.

Our complaint with the Sony WH-1000XM3 was that the noise-cancelling was sometimes too intense. Especially on public transport, the Sony could fall victim to a slight buffeting effect, like having a window open in a car.

It even has a function that allows you to customise how much sound comes in when you use the built-in microphone.

That way you’re not donning your headphones in an office and screaming when you talk because you can barely hear yourself. It’s also massively customisable so you can get it just right before you jump on that important meeting.

And as far as mic performance is concerned, they outdo just about everything from the Sony competitors to Apple AirPods for how clear you can hear the other party (and how clear they hear you!).

That makes it great for work and play. Especially with a battery life that takes you through the workday and beyond. In testing we got around 15 hours before we were looking for a charger.

The only concern I have with the headphones is that the noise cancelling doesn’t feel as magical as its competition. Whereas the Sony WH-1000MX3 make you feel like you’re in the cone of silence, the Bose 700 still let a bit of sound through when you’re playing audio at lower volumes.

Similarly, while the sound quality is crisp and gorgeous to listen to by default, there aren’t pre-configured EQ settings to make life easier for different types of audio. You don’t get presets, instead you get the ability to tweak the bass, treble and mids up or down to a factor of 10.

And unless you’re a bit of an audiophile, you’re kind of guessing a lot of the time and hoping it sounds good. It would be great to have even a few presets to spool through so you can find one quickly that suits you and go from there if you wanted to customise further.

Sonos has this problem too and it’s just not as consumer-friendly as it should be. That being said, the sound quality on the Bose 700 more than make up for the lack of easily customisable options in the app.

Here’s where it gets a little tricky.

The Bose 700 retails for around $600, which is quite a price to pay for a pair of headphones by anyone’s maths.

When they were released, the Bose QC-35 headphones cost around $450, which quickly came down. The Bose 700 performs admirably, and a lot more work has gone into them, but for $600, you’ve got to really want them.

Make no mistake: these headphones are the best noise-cancelling headphones you can get. But they narrowly beat out their competitors.

The Sony WH-1000XM3 I keep coming back to are truly incredible headphones, and practically tie with the Bose 700. They give you better noise-cancelling and slightly different sound quality, but cost around $200 less and go on sale far more frequently for better bargain potential.

You should buy the Bose 700 if you’re looking for the absolute last word in high-quality, portable sound. If you’re pinching pennies, however, you can get a pair of great headphones in the Sony WH-1000XM3 for more than a few bucks less.

You’ll have an incredible experience with both, don’t get me wrong. It all depends on your budget.

Check out our review of the Sony WH-1000XM3 to find out more about what basically ties for first.